Young gun Altinbas is quickly emerging from the ever so interesting and fast developing Brussels’ scene. Despite his young age, he has been renowned for his craftsmanship both as an audio engineer as well as a producer. Altinbas eats and breaths sound waves. No wonder his name has been making echoes far beyond his own habitat. With releases on the prestigious Non-Series and Dutch niche label Float Records under his belt we’ve only just scratched the surface of his huge potential. 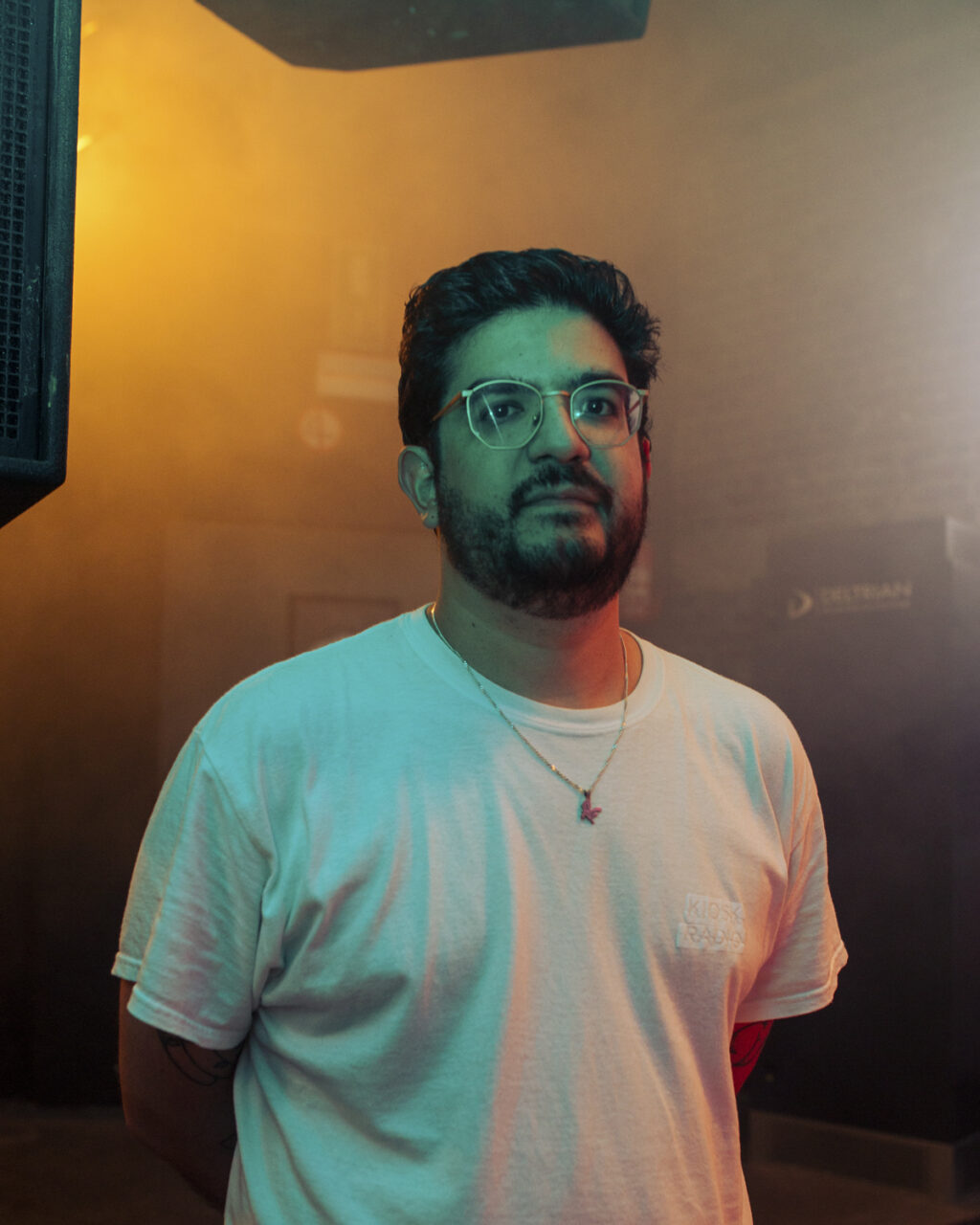 DC Salas is a Belgian DJ and producer hailing from Brussels with Peruvian origins. House,
techno, wrongspeeder, disco & New Beat, in his sets, DC Salas takes you on a varied journey
where energy always leads the way.

As a producer he’s released EPs and remixes on prestigious labels such as Live at Robert
Johnson, Correspondant, Relish, Toys For Boys, petFood, Kill The DJ, B-Pitch Control and of
course Biologic Records, the label he co-runs since 2012. It’s on this label that he’s released
his first LP “The Unspoken LP” in 2017.

Recently DC Salas has released a string of EPs: two on Live at Robert Johnson, one on
Parisian label Slowciety and another one Eclair Fifi’s label: River Rapid. Among other releases
scheduled for 2021, DC is working on launching his own new label called “Higher Hopes” as
well as working on a new live show staged by Nils Van de Cauter and Laetitia Niemegeers. 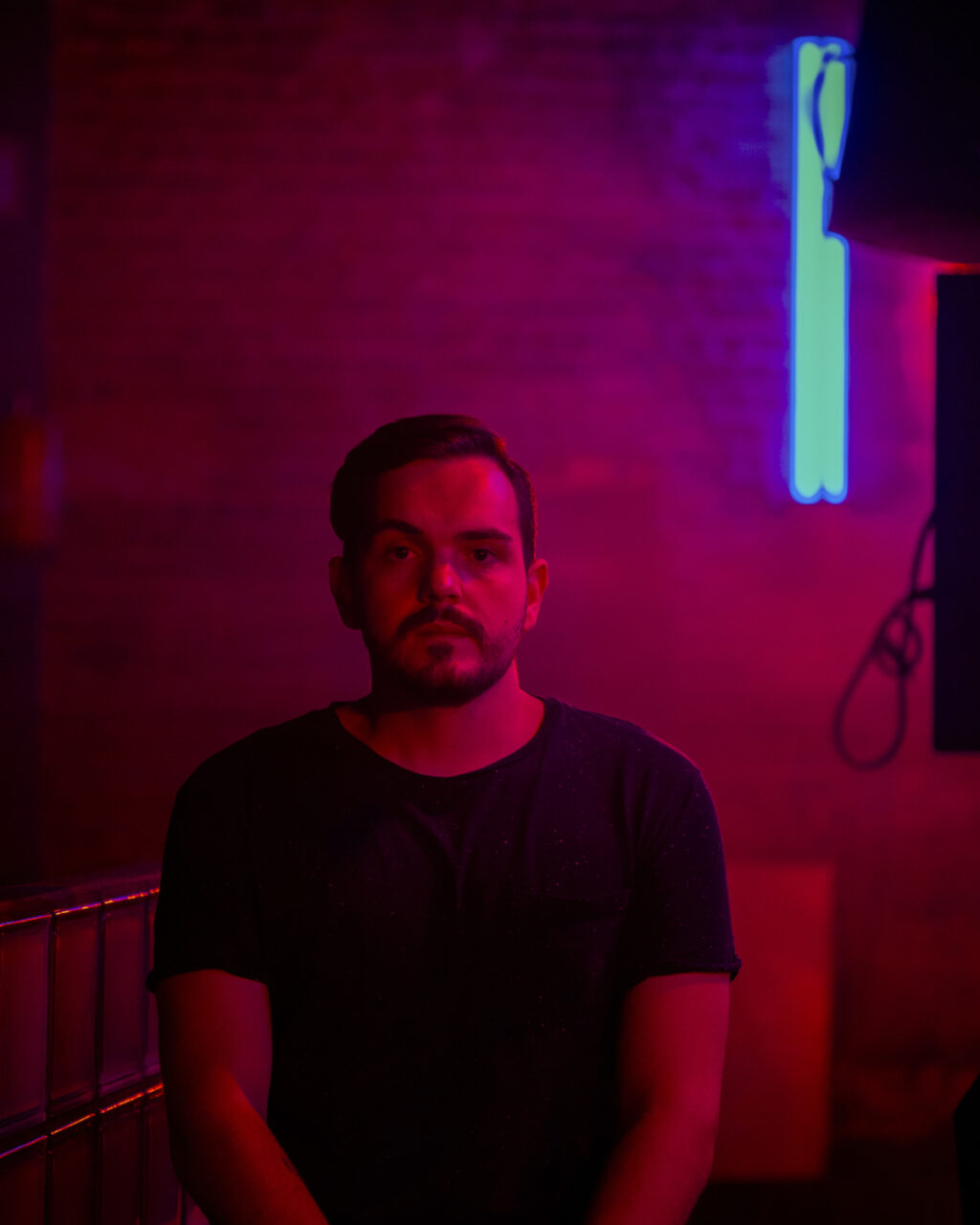 Fuse resident DJ and techno producer Downside is rapidly making a name for himself in the techno scene. He is no newcomer to the Brussels underground, putting out music and organizing parties for more than a decade. For some historical context, Downside is a Brussels native with Bulgarian roots. Since 2007, he was already out, raving and playing at parties. On his days off, you could find him delving into audio engineering, obsessing over kick drums, compressors, recreating his favorite tracks from scratch. He kept at this for years, and then started organizing his own events in Congres Station of Brussels, and saw some of his original tracks released on German labels. His consistent output and activity led him into the Fuse Club’s family, first as an audio engineer, then as a resident DJ, which puts him right at the heart of the future direction of techno.

In his own sets, Downside combines deep techno and dub timbres with warmth and melody, but with a precise, underground vibe. You’ll hear his own tracks, blended with exactly what the audience needs, a skill perfected by deep experience as a DJ and sound engineer in Belgium’s most legendary club.

Those in the know would be wise to keep an eye on Downside. 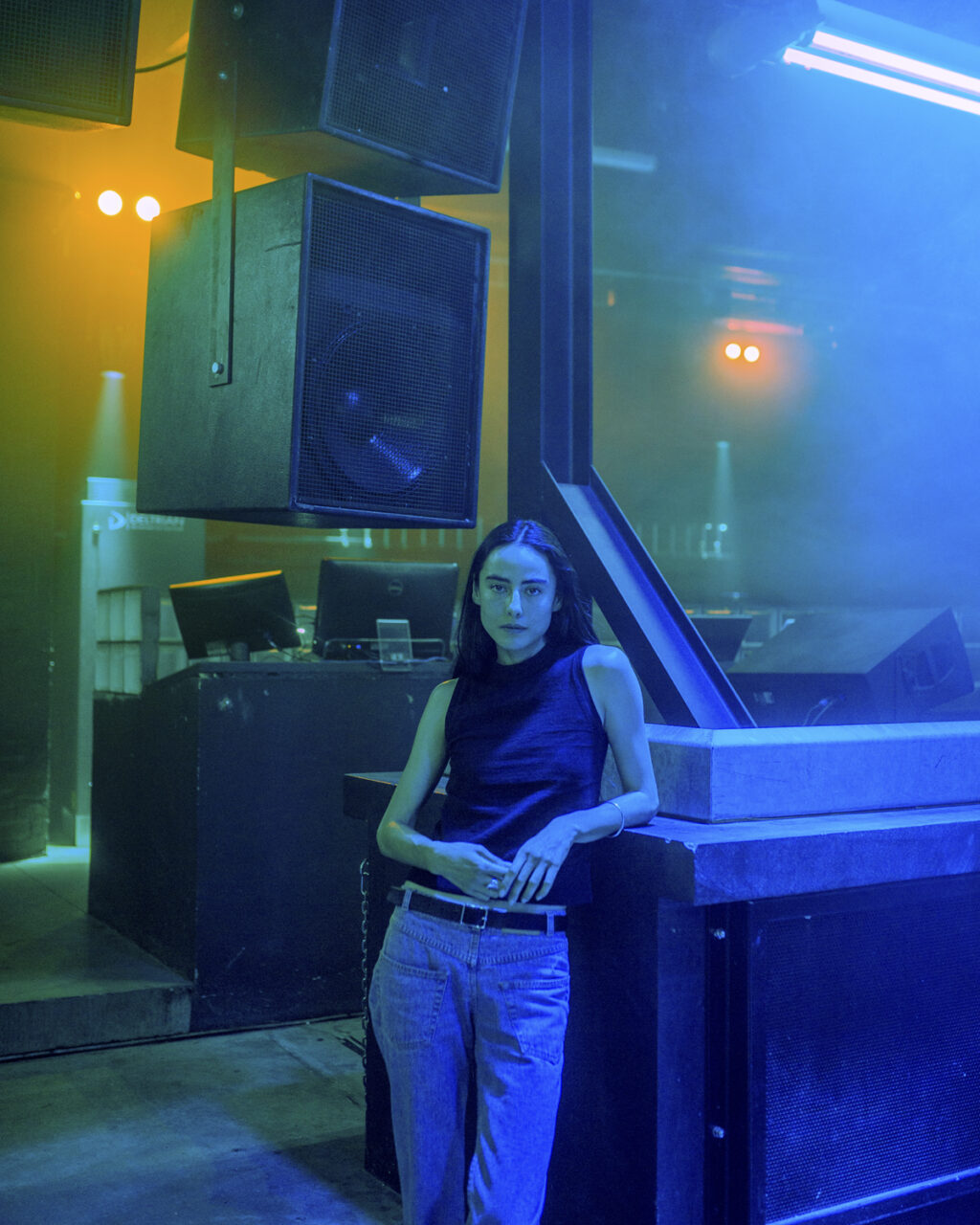 Joining the dots between heads down, high energy Techno & caustic, wide angle atmospherics via slick percussive motifs with a razor sharp sheen - Emily Jeanne has spent the last few years developing a unique voice as both a DJ and producer.

The Belgian artist, who spent her formative years between Vietnam and Ghent honing her craft as a selector, has worked tirelessly to carve out a sonic space that exists in equal parts as an homage to the reduced purism of the genres progenitors, as it does a harsh light looking forward to pastures new.

As a producer, an invigorating sense of restraint and a keen ear for balanced, dynamic composition has seen ample returns as the artist’s body of work begins to manifest itself across the contemporary leftfield dance music landscape. Appearances on ANGLS Records alongside a host of industry heavyweights, including Surgeon & Oscar Mulero, Planetary Assault Systems and more - as well as the VOLTAGE Imprint & vurt (Seoul) compilations make way for a larger outing Public By Default released last year via Svreca’s legendary Semantica imprint. Slick, tempered and finely tuned, the extended EP works as something of a manifesto for the Belgian artist’s work - placing the emphasis on craft & nuance it’s a bold mission statement that depicts a refreshing raison d’etre from an exciting artist ready to embark on the next stage of their career.

Hadone is one of the most interesting new artists in techno, making his way up in quick ascent. Recently he’s been added to the Possession family as a resident alongside heavy hitting releases on esteemed labels such as Monnom Black and KAOS. He’s already set several clubs across the globe alight in the last few months not only as Hadone but also alongside Shlomo with their Vipa Diva project.

90s Techno remains his main influence, to which he adds his own touch that we all know. This combination gives us a simple and melancholic result that defines his musical identity, creating his own unique style.

Electronic body music, acid house, rude electro, nineties trance,… The genres that influenced Innershades’ raw yet wistful productions sound like what could well be the OST to the golden age of Belgian club life. Even though Innershades’ music has stayed faithful to its core tenets, it nonetheless quickly outgrew these geographical and historical surroundings – and landed him spots on labels such as Crème Organization, Pinkman, Hot Haus Recs, Clone Jacked For Daze and Time Passages, and line-ups all over Europe and beyond. 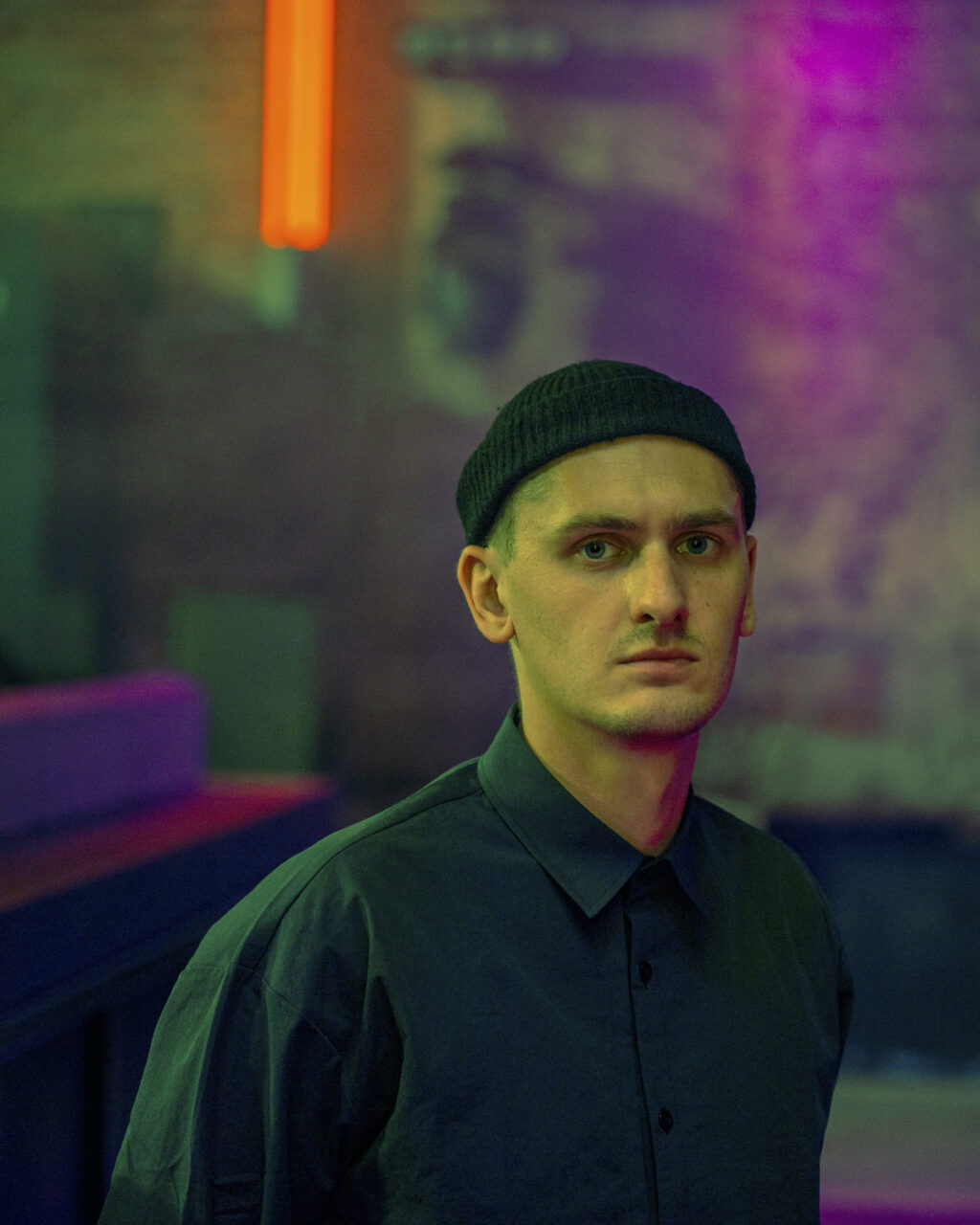 As the night is filled with humming raverie the soul is striked with a bone crushing impact.

Phara is a kid of the 90’s whose music breathes in industrial chaos and exhales warehouse vibes. With a sound so powerful, dense and direct his career took off by storm. With a full album as a debut release you can surely make some waves, and that’s exactly what happened. With the first ever LP to see the light on Black Sun Records, a label that kickstarted the careers of renowned artists such as Blawan and AnD, Phara gained immediate support around the globe.

But his “Next of Kin” release was only the start of more great things to come. With follow up releases on Pär Grindvik’s Stockholm Ltd. and Sonntag Morgen he gained an even wider audience and resulted in gigs at clubs, festivals and events in Belgium, France and Germany like Herrensauna, Voltage Festival, Ohm, Decadance and more.

A strong first year, to say the least. And with more music ready to see the light of day Phara is set for another successful year.

DJ, music producer, sound designer and performer, Sara Dziri is a multi-faceted artist who rose in just a few years as one of the artists defining the Brussel’s electronic underground scene. Her dj sets and productions stand for surprising rhythmically complex house and techno. Hybridity and melancholy are central themes in both her music and her overall artistic work.

Born and bred in Antwerp, Sara moved to Belgium’s capital Brussels at a young age and got into electronic music when visiting her first raves in the city. Dziri translates her Belgian-Tunisian background in her work: revealing a part of her identity during her sets or in her productions or during one of her other projects for ex theater.

2019 marked as a decisive year in Dziri’s career. She released her first EP “Glimpse of an Eye”. Played her first Boiler Room, as well as the Institut du Monde Arabe, Nuits Sonores/European Lab, Amsterdam Dance Event, and more. Sara has a bi-monthly residency Kiosk Radio and combines her different musical projects with a growing international gig schedule. Next to making&playing music Dziri promotes the feminist and queer underground party ‘Not Your Techno’ and ‘Souk Sessions’, a night dedicated to arab techno.

The coming months several EP’s AND debut album are lined up as well as a theater composition.

Antoine Grenez (1994) is a multidisciplinary artist from Brussels. He studied photography at ERG in the studio of Gilbert Fastenaekens before doing his master’s at Sint-Lukas Brussels with Aglaia Konrad. With some solid documentary projects to his credit, Antoine has recently turned to research where reality and fiction merge. His work has taken on a strange character, on the edge of the known world, seeking an almost extraterrestrial exoticism in his images. The search for a certain strangeness, a need for narrative fiction, follows him during his projects

He has exhibited his research in several places such as Room254, Hangar Photo Center, L’enfant Sauvage, Contretype, MAD, Galerie Satellite, C12 or the Moonens Foundation.

Photographer at Vice Belgium for almost two years, this work allows him to connect with inspiring cultural initiatives and alternative scenes to determine the message they want to convey.

He is part of the artistic direction of the multidisciplinary collective Chanoirs. They work in fashion through the design of clothing, in events during the organization of monthly electronic parties and aim for a certain surrealism in their ways of apprehending their relationship to society.

His experience as art director allows him to have a global vision in project conceptualization and highlight the richness of his network to find the appropriate cultural actors.

His current research is pushing him towards anthropological and cognitive studies linked to the world of clubbing, with the aim of recognizing the nightlife in the cultural field.

This site uses cookies. By continuing to browse the site, you are agreeing to our use of cookies. Find out more.